Our awesome works are freshly prepared in Bangalore using our finest ideas and delivered to your device anywhere. Drop us a line or press
+91 98807 53204 to call. 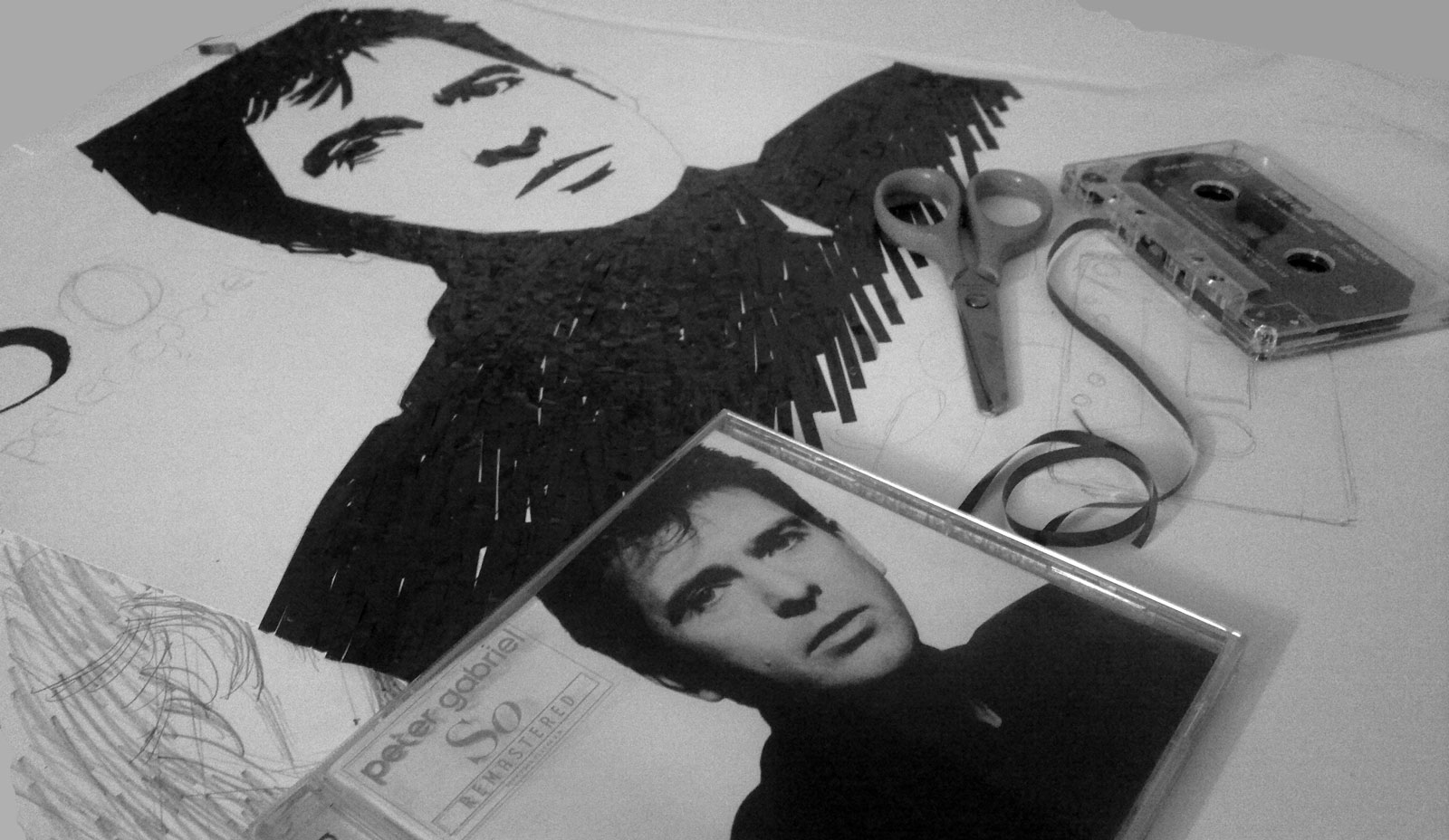 The Art of Tape Art

Growing up in the eastern hills of the country, the one thing that I was surprisingly exposed to – in comparison to the rest of the country – was the amount of  international music that arrived in the form of bootleg cassette tapes at our little town via the South Asian smuggling route. And being in the prime of my youth and additionally having an ear for music – and thereby amassing a serious collection of tapes – I was left with a seriously lot of dust collecting magnetic plastic junk by the time technology switched from CDs to Digital Downloads in less than a decade.

However, my respect for the artistry of the musicians of the time has only increased with the turn of the century. And though the sound of CDs and Digital Music may not still cut it with me,  by cutting up the tapes of my former youth and transforming them into works of art, I’ve had the satisfaction of paying tribute to these artists and doing my bit of recycling.

When I first came across the idea of making tape art on the internet and was terribly inspired to do one on my own, the first one that I embarked on doing was the cover of the album that I spent a good number of years listening to, and still listen today with the same sense of wonder – Peter Gabriel’s So.

It however didn’t make the cut like I intended it to. The slippery nature and unbearable lightness of the cassette tape was a force that I did not anticipate to be an obstacle and working my way around with it was a learning experience. Undeterred, I began work on the second piece – Tracy Chapman’s self titled debut album cover. The work was a trifle better though the rendering of the mid tones was still something that I was not positively happy about. What I did learn was that even though one could struggle with a full width tape, one could split the tape in half and struggle even more, but obtain better results with it. A friend of mine was a huge Leonard Cohen fan, having seen Cohen’s Live In London DVD a thousand times over. It seemed like a good idea at the time to work on a tape art piece of the DVD cover and present it to him, so I ambitiously enlarged my canvas and worked on an A1 size piece. Although I had figured a better method for rendering mid tones, the work progressed through trial and error, with whole areas being redone after being pasted. 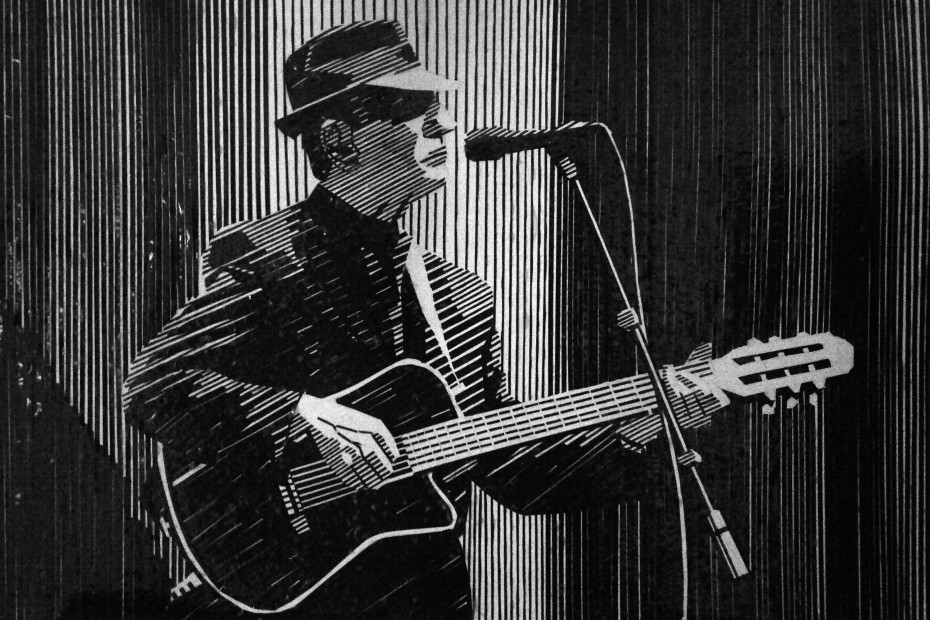 The end result is remarkably close to a photo if seen from far, and my friend was more than delighted to have it in his collection. In return, I was presented 20 CDs of my choice for lifetime enjoyment, or until my ears give away. The Leonard Cohen piece gathered a certain amount of fanfare on Facebook, and a childhood school mate suggested I work on an Elvis piece for him. The resulting Jailhouse Rock pose emphasizes the sense of movement by way of contrast in the tape direction between the foreground and background elements. Having previously done Guns N Roses’ Use Your Illusion cover art as a windcheater fabric painting, I figured the contrast between the foreground and background elements would work even better with tape art. Another friend quickly snapped it up as a present for her son who was a Guns N Roses fan. But amusingly, as he was born in the new millennium, and apparently had never seen a cassette tape before in his  life, the uniqueness of the work was lost on him. The latest work on Bruce Springsteen’s Born In The USA album cover still has some issues with the mid tones on the arms. The flag stripes were done twice over and it’s already been six months since I last touched the work, but finish it, I must. Soon.